Menu
Home
Cruises
Cruise Companies
Directions
Air tickets
Tours
Регионы
News
Visas
Information
Agents
Туристам
About us
Contacts
Promotions and discounts
UKR
|
RUS
|
ENG
Home > Порт "Amsterdam, Netherlands"
Amsterdam is the capital of the Netherlands and a major port on the North Sea. The city is located in the province of North Holland in the west of the country at the mouth of the Amstel and Ey rivers. Amsterdam is connected to the North Sea by the Nordsee Canal.
Port address: Passenger Terminal Amsterdam, Piet Heinkade 27 1019 BR Amsterdam.
Terminals: Amsterdam's multifunctional cruise terminal is located on the outskirts of the city center.
The Felison cruise terminal is an ideal stop for cruise ships visiting the Netherlands. It has two open berths.
Share:
Круизы с посещением данного порта Как добраться Достопримечательности Экскурсии Reviews

Wait a few seconds...
From port to city
You can walk to the city center and around Amsterdam on foot, rent a bicycle, or take a tram or metro. Fares are € 3.20 for a one-hour single-use chip card or € 8 for a 24-hour journey.
From the port to the central train station
Amsterdam Central Station, the city's main transport hub, is just a few minutes' walk from the Amsterdam cruise port terminal. There are several options to get to and from the station.
- Stroll. It's a 10-15 minute walk along Pete Heinkade Road.
- Tram. Tram GVB 26 runs to Amsterdam Central Station, where you can take other trams and public transport. A standard 1-hour ticket costs 3.20 euros, a 1-day ticket costs 8 euros.
- Taxi. If you have heavy luggage, you can take a taxi to the station. The taxi rank is located outside the terminal. The cost of the trip is about 10 euros.
Port to Amsterdam Airport
- A train. There are regular trains from Amsterdam Central Station to Amsterdam Airport Schiphol. This journey takes about 15-20 minutes. Tickets cost 5.50 euros (2nd class) and 8.43 euros (1st class), including a surcharge of 1 euros for the purchase of a single ticket.
- Taxi: A taxi to the airport takes 30-45 minutes and costs about 45-50 euros.
- Order a transfer from the managers of For Gates Ukraine (55 Euro / 1-3 passengers)
Westerkerk. Or the Western Church is known for being the most popular church in Amsterdam and has even hosted royal weddings in the past. Built in the Renaissance style with Gothic elements, many visitors come here to see Rembrandt's tomb. Quite creepy, but a must see for every visitor to Amsterdam.
Rijksmuseum. Founded in 1809, the Rijksmuseum houses a vast array of art and antiquities and is said to have around seven million pieces of art that took hundreds of years to accumulate. There are 250 viewing rooms and even a library with over 35,000 books.
Van Gogh Museum. If you want to see the largest collection of paintings by Vincent Van Gogh in the world, go here. It displays over 200 paintings, as well as drawings and letters that belonged to this 19th century artist who is now one of the most expensive Post-Impressionist painters.
Anne Frank House Museum. Former home where Anne Frank and her family hid during most of World War II. This visit will impress those who decide to travel. The house is a constant reminder of the barbaric and inhuman persecution of Jews and minorities. It has now been converted into a museum and looks just like it did in the days of Anne Frank.
Royal Palace. Official residence of the King of Holland, the Royal Palace was first built in 1648 as a sign of power. Built to reflect the architecture of ancient Rome, the palace is sumptuous and richly decorated, as well as stunningly beautiful - just be sure to check out the state rooms.
Hortus Botanicus. The renowned botanical garden of Amsterdam allows you to experience the best nature of the city. The garden used to be dedicated to medicinal herbs, but now it has exotic and tropical flowers that bloom during the summer months.
National Monument. The National Monument is actually an obelisk 22 meters high. This is a monument to the victims and veterans of the Second World War. It is a moving reminder of the city's tumultuous history.
Rembrandt House Museum. Located in the former home of Rembrandt and his wife, it is the site where many of his most famous paintings were created. Now you can learn all about Rembrandt's history and see many of his most famous works. This is a dream place for art lovers.
Pllek. This is the favorite place of the locals in Amsterdam. Travel to Pllek on a summer or winter evening, grab yourself some hot chocolate (or a glass of wine) and enjoy the sparkling sunset over the city. This is one of the coolest places in Amsterdam. 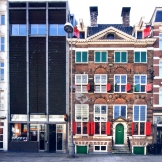 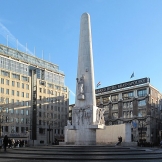 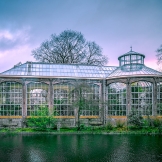 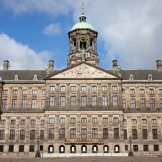 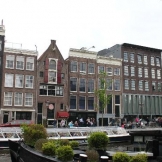 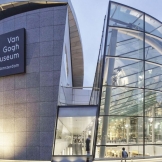 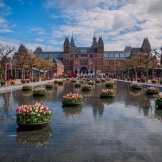 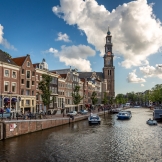