Menu
Home
Cruises
Cruise Companies
Directions
Air tickets
Tours
Регионы
News
Visas
Information
Agents
Туристам
About us
Contacts
Promotions and discounts
UKR
|
RUS
|
ENG
Home > Порт "Trieste, Italy"
Trieste is a major port city in Italy. The port is located in the northeastern part of the Adriatic Sea, about 145 km east of Venice. The city is located in the Friuli - Venezia Giulia region, in the northwest of the Balkan Peninsula, deep in the Gulf of Trieste.
Port address: Via Von Bruck, 3 Trieste, TS 34143.
Terminals: Trieste Maritime Station, which is also used as a congress center, is located in the customs port, in the heart of Trieste. The Marine Terminal acts as a cruise terminal for the Trieste Terminal Passeggeri S.p.A. and a ticket office for both international cruises and short-distance car and passenger ferry lines operating between the bay and the nearby coast of Slovenia and Croatia.
Share:
Круизы с посещением данного порта Как добраться Достопримечательности Экскурсии Reviews

Wait a few seconds...
From Trieste airport to port.
- You can get to the port by bus # 51. Travel time is about 1 hour, ticket price is 4 euros.
From Venice airport to port.
- Trains and electric trains run frequently, travel time from 2 to 3 hours. The ticket price is from 9 euros. To get to the Mestre train station from Marco Polo airport, you can take a taxi or the ACTV bus on route 15, and by the AVTO FLY BUS shuttles. They run regularly at intervals of 10-15 minutes, travel time is 25-30 minutes. Cost: 3-5 euros. You can get to Santa Lucia train station by bus or taxi. The first and, of course, the budget option is the ACTV buses No. 5 and the ATVO AIR Terminal shuttles. They run quite often, the travel time is 35 minutes.
- Most cruise lines, such as Costa and MSC, offer shuttles from Venice Marco Polo Airport, which take about two hours to travel.
- The best way to order a transfer from the manager of Fort Gates Ukraine.
- You can also book a group transfer from the cruise company with the manager of For Gates Ukraine.
From Milan airport to port.
- You can get there by train. Cost - from 18 euros, travel time is about 4 hours. First you need to get to the central train station in Milan. The Malpensa Express train runs from the international airport. By Aeroexpress you can get to Milano Centrale station in 45 minutes, the fare is 11 euros. There is an express train from Malpensa airport to Milan train station seven times a day.
- Another very convenient way to get from Milan airport to central station is by shuttle bus. The bus stop for this bus is very easy to find: it is located at the T1 terminal. Buses leave every 20 minutes and in less than an hour reach the final station - the central station “Stazione centrale”. The shuttle bus fare is € 10.
- Order a transfer from the manager of For Gates Ukraine.
Video review of boarding in the port of Trieste:
Trieste Harbor. Almost the entire coastline near Trieste is occupied by a public harbor or commercial maritime transport. These two parts of the city offer really fantastic and interesting sights. Next to Piazza Venezia is the main harbor and this area is filled with beautiful yachts, sailing and fishing boats.
Piazza Unita d'Italia. Due to its sheer size, Piazza Unità d'Italia is known as the largest square in Europe, right next to the sea. The square is home to several prestigious and important buildings, including the Town Hall, Lloyd Trieste's Palace, Palazzo del Governo and Pitteri Palace, each with stunning designs and beautiful architecture.
Grand Canal. Located in the heart of the historic old town, near Piazza Unita, the Grand Canal is a small waterway that has existed since the 1700s to provide boats with direct access to the city to unload their cargo. There are a number of beautiful buildings around the canal, including Palazzo Carciotti and Palazzo Gopcevic.
Roman Theater in Trieste. One of the relics is the Roman amphitheater, which is located in Via del Teatro Romano, in the center of the historic old town and just around the corner from Piazza Italia. This ancient structure is in fantastic condition, the original seating area and scenes are still visible along with various columns and walls.
Castle of St. Giusto. It is an ancient structure that has existed for many years. This structure now serves as a museum and was originally created in the 15th century by the Habsburgs. Built on Capitol Hill, the castle has stunning views of the city and is extremely strategic.
Cathedral of Saint Giusto. This church, also known as the Cathedral of Trieste, is dedicated to Saint Justus and serves as the city's main church. Originally built in 1320, the church is decorated in Romanesque and Gothic style, and the front façade has a huge round window with a beautiful lattice design.
Grotte Gigante. Northwest of Trieste (about 20 minutes by car) is the giant grotto Grotta Gigante. Its central cave is over 100 meters high, 65 meters wide and 130 meters long, making it one of the largest tourist caves in the world. Throughout its famous history, this cave has been in the Guinness Book of Records.
Miramare Castle. Although not an ancient castle, its building and grounds are still a fantastic place to explore and the most picturesque castle in this region of Italy. Built in the 19th century, located about 15 minutes northwest of Trieste in the small village of Grignano.
Maritime Museum. In order to understand the rich naval history of Trieste, the Museo del Mare provides extensive information and interesting demonstrations on how the ports and maritime operations in Trieste developed. Here you can find many fine ship models, cross-sections of various parts of the ships, such as hull and anchor. as well as various equipment that survived from historic ships.
Molo Audace is a fascinating promenade in the heart of Trieste, right at the end of Piazza Unita. The stone pier stretches for about 300 meters, allowing tourists and locals to admire the coastal scenery of Trieste and even take a dip in the water if they so wish. 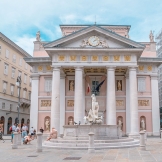 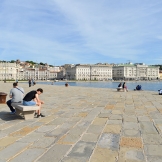 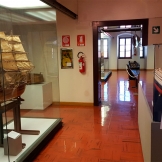 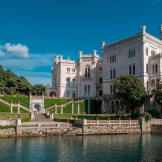 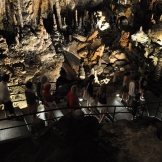 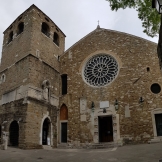 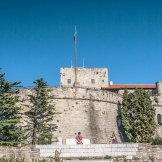 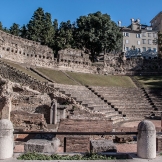 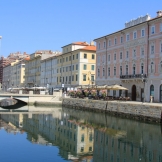 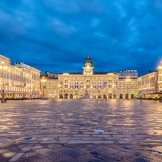 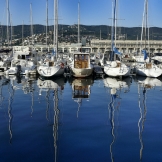