Menu
Home
Cruises
Cruise Companies
Directions
Air tickets
Tours
Регионы
News
Visas
Information
Agents
Туристам
About us
Contacts
Promotions and discounts
UKR
|
RUS
|
ENG
Home > Порт "Zadar, Crotia"
Zadar is located in Dalmatia. The city is located along the shores of the Adriatic coast, which is densely indented with bays. Zadar is a cruise port on the Adriatic Sea in Croatia.
Address: Liburnska obala 6/1, Zadar 23000.
Terminals: Smaller ships dock on the Zadar Peninsula, on the seafront promenade in the heart of the old town. Larger vessels dock at the ferry port of Gazhenica, which is located on the outskirts of Zadar, between Zadar and the village of Bibinje, at the new cruise terminal.
The new passenger terminal was officially opened on 24 April 2019 at the cruise port of Zadar.
Share:
Cruises with a visit to this port How to get there Attractions Excursions Reviews

Wait a few seconds...
From Zadar airport to port
- Leaving the terminal arrivals hall, you will see the bus station on your right. Several times a day you can take a Liburnia bus from the airport to the Old Town and vice versa. Buses run from Zadar Airport via the main bus station (Autobusni kolodvor Zadar) to the bus station in the Old Town. This bus stop is located on Liburnska obala street, a short walk from the hotels and the port of Zadar.
- Order a taxi
- The best way to order a transver from managers (35 Euro / 1-3 passengers)
From port to city
The port of Zadar is located in the very center of the city. This position provides direct access to shops, attractions and other content in the city. Passenger transfer to the port is quick and easy, because the distance between different places is no more than 15 minutes.
Church of St. Donatus. This early Byzantine church was built back in 800 and has hardly survived to this day. Over time, the high, rounded outline of St. Donatus became a symbol and source of pride for Zadar, the first building you see on postcards.
City walls and gates. Most of the city is still protected by a continuous curtain of white limestone, interrupted by two original gates: land and sea. The ground gate is still striking today as it was half a century ago. They resemble a Roman triumphal arch. The sea gate is located near the ferry port.
Church of St. Mary. On the eastern edge of the Zadar Forum is the Church of St. Mary, which belongs to a Benedictine monastery founded in the 11th century. The building was damaged during the Second World War, but was completely renovated and today contains one of the city's most valuable exhibits. The permanent exhibition of religious art displays a variety of gold and silver religious artifacts, accompanied by tapestries, manuscripts, reliefs and embroidery, spanning a thousand years between 700 and 1700.
Museum of Ancient Glass. Croatia is full of Roman heritage, and many of the glass objects unearthed from the excavations ended up in this modern museum within the majestic confines of the Cosmacendi Palace, which dates from the 1800s.
Cathedral of St. Anastasia. Zadar Cathedral sits on the site of a very early Christian basilica that was founded back in 300. The building you see today was built in the 1100s and is another example of Zadar's excellent collection of Romanesque architecture. Inside, you can see early Christian mosaics dating back to the original basilica.
National Museum. It is a local history museum that provides a deeper insight into the natural history, ethnology and artistic heritage of the broader region of Zadar. It was founded in the 1960s, but has connections with local scholars and historians that date back to the 1800s.
Church of St. Simeon. This church is best known for being inside. A work of art protected by UNESCO that dates from the late 1370s. The chest of Saint Simeon, found on the altar of the church, is a wooden sarcophagus covered in silver and gold, with incredibly detailed reliefs and inscriptions that do not seem to match what people thought was possible at the time. The chest depicts scenes depicting the childhood, life and death of Saint Simeon.
"Sea organ". On the outskirts of the old town's peninsula is this original and award-winning art installation. It was designed in 2005 by the architect Nikola Bašić to breathe new life into Zadar and was the first of its kind. The organ takes the form of a series of large marble steps leading down to the water, and under each platform is a pipe that creates a musical note generated by the force of the waves that break beneath it. The result is a casual yet soothing melody.
Archaeological Museum. This landmark showcases impressive prehistoric, Illyrian, Roman, Byzantine and medieval artifacts found in and around Zadar. For many visitors, the most exciting part is about Roman times. 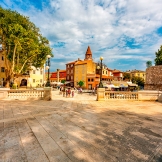 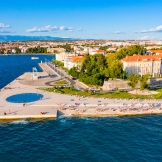 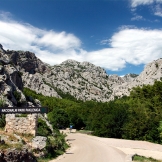 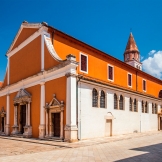 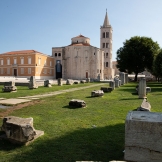 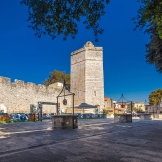 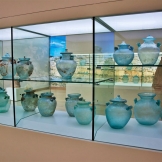 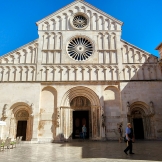 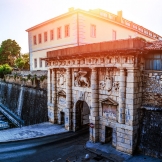